KC Supply Co’s latest line of equipment is the new Civacon transportation products. The New Year comes with some of the latest mechanical tank truck parts and products that are a must-have for safety during the handling and transporting hazardous liquids or dry-bulk commodities.

This selection of heavy-duty manholes that offer unparalleled operational and safety benefits can be fitted for just about any model of the petroleum tank truck. They come in plated steel.

Various vapor vents in different types and models are available, offering both standard and high flow rate designs. Even trucks that need a unique Crude Oil Vapor Vent can find what they need here.

Among the new Civacon transportation products are vapor recovery vents, adaptors, and accessories. This allows trucks to maintain optimal control over vapors during the cargo tank loading procedures.

These all-important parts can minimize the risk during underride collisions from emergency valves and shear valves to foot valves. Civacon has engineered these valves to ensure that any collision results in a clean breakaway for safety.

These dust caps are the safest, most secure, and most reliable when loading and unloading cargo tanks. They’ve been specially engineered to address international safety standards. The couplers are also designed for one-hand operation to make things easier for operators.

These are just some of the brand new Civacon products that have been made available at KC Supply Co. All of them have been designed with state-of-the-art technology and careful engineering that meet international safety standards. These parts make sure that operators and systems that involve the critical handling of substances remain the safest and most secure operation possible.

The safety and efficiency of operators and personnel are paramount to any process. Learn more about safety equipment for heavy industries at KC Supply Co.

KC Supply Co has new Civacon items this year. Electrical tank truck products and rail products are now part of the many parts and features available. All these systems and accessories have been specially designed with the highest quality engineering to ensure safety and efficiency for virtually all models of electrical tank trucks.

Some of the new products include:

For increased efficiency and unparalleled overfill detection, the new on-tank overfill systems have been designed to ensure that not only are they easy to install, but they’ll be straightforward to operate as well. They have advanced “plug-n-load” systems and meet quality and safety standards according to industry regulations.

Apart from these products, Civacon has worked with Knappco to produce state of the art rail products for various railcar loading and unloading needs. These include:

The railcar manhole covers can handle full opening pressures of up to 30 PSI and can be used for salt, cement, dry food, and even crude oils.

Like the range found in Civacon electrical tank truck products, there are many railcar valves also available. The 3” aluminum swing check valves, butterfly valves, and even relief valves are part of the new line of equipment that prevents clogging, withstand high pressures, and can handle the most rugged of conditions as well as numerous types of material or liquid.

Noteworthy among the Civacon products (electrical tank truck products and rail car products) is the careful attention to the highest safety standards. Civacon’s line ensures that the personnel, vehicles, and operation remains safe and secure, no matter what gets transported.

KC Supply would like to wish Happy Holidays to their beloved customers and clients! 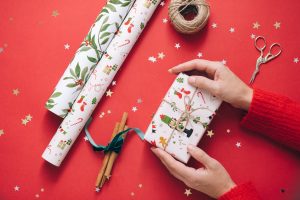 It has been a long and challenging year. No one can deny that the country—and the whole world, for that matter—has experienced a massive upheaval this year. Businesses of all sizes have felt a significant impact on their processes, profits, human resources, and even the way they do business. Many of them were unable to withstand the massive economic and financial blows that numerous industries have endured. The ones who remain still weather on, holding together by virtue of arduous work, sacrifice, and fortitude.

Now, the end of this long year has almost arrived. And everyone, including the staff at KC Supply, is looking forward to happy holidays and the thought of a brighter future. KC Supply has tirelessly continued its work, supplying customers, clients, and industries with the parts, equipment, material, and guidance that they need in these uncertain times.

Part of what made KC Supply so resilient and strong in its continued work is the knowledge that they are helping to power the nation’s food and fuel supply, maintain it and keep Americans all across the country safe and fed in their homes, with heat, power, and a continuous supply of food still going the stores and markets.

For this, KC Supply would like to also thank the tireless essential businesses and industries for their ongoing, dedicated work. Through the unity of all these entities and businesses, households remain warm and lit, and there is food for everyone throughout this crisis. The work that they have done cannot possibly get understated: they have made brighter holidays possible.

KC Supply wishes Happy Holidays to all of the businesses and industries they have worked with, from supervisors to front line employees, all of whom have been the country’s backbone. With their help and everyone’s hard work and cooperation, people all over the country can continue to enjoy their holidays in the best ways possible.

A hybrid butterfly valve may be common nowadays, but it wasn’t what was commonly used before.

Instead, truckers or people in heavy industries who work with industrial equipment are familiar with a basic butterfly valve. The purpose of a butterfly valve is to make a tight closure in an area where there isn’t much space.

It’s a rotary valve, and it works through a disk-shaped seating element, which then gets rotated by 90 degrees. This allows the valve to open or close the flow passage as needed. They’re often used in throttling services, especially where automatic actuators are needed. For a long time, butterfly valves have been the standard for use in this area.

One of the reasons the traditional ones had been so popular is that they’re strong and durable for regular use. Butterfly valves often have strong sealing and make them ideal for controlling the pressure on different substances. It’s even suitable for use in high temperatures or low-pressure water service applications. But would a more compact, smaller, hybrid butterfly valve be able to do the same?

KC Supply explains that not only is the hybrid more compact, but it also remains stable. It can even handle usage with crude oil and refined fuel products. The valve is strong enough to handle several compatible liquids—even fertilizer! It works for both wet and dry applications, just like a standard wet/dry valve. Moreover, the hybrid valves these days can seamlessly replace other valves with no piping changes.

Streamlining the process and the business through a hybrid butterfly valve could be a significant game-changer in an industrial line’s efficiency and effectiveness. It’s certainly worth considering the upgrade.

KC Supply has decades of experience in managing equipment for heavy industries. Learn more about butterfly valves and hybrid valves at KCSupply.com.

Both types have their pros and cons, but aboveground tanks have key advantages that make them better options. Here are four of them:

Keeping aboveground storage tanks in good shape is less difficult, time-consuming, and stressful than maintaining an underground tank. You don’t have to dig it up and climb down to gain access. Also, with underground tanks, leaks can go undetected for a long time. With aboveground tanks, you can quickly spot leaks and perform the repairs necessary.

Replacements are also much less time-intensive and costly because excavation does not need to be done.

They last a long time

How long an aboveground storage tank lasts depends on several factors, including the material it’s made of. Generally, aboveground tanks last longer than underground tanks because they’re not constantly exposed to moisture and other corrosive elements in the soil. Research shows that corrosion is the top cause of failure in underground storage tanks.

Some situations, such as new construction on your property, necessitate the relocation of storage tanks. To move an underground tank from one spot to another would entail applying for several permits and hiring a specialized crew to dig it out. Relocating an aboveground storage tank is much less stressful—you don’t have to worry about excavations or accidentally damaging the tank during removal.

Aboveground storage tanks have lower installation costs than their below-ground counterparts. Because they require less labor, time, and specialized equipment to maintain, the long-term costs of ownership are lower.

If you decide to close down or move your business elsewhere, you may need to have your tank removed. The process is much more expensive than having an aboveground tank removed. Expenses can go even higher if, during an inspection, it’s determined that it has leaked.

When deciding whether an above ground storage tank is the best option for your business, it helps to get input from an expert. Reach out to KC Supply Co today for more information on underground and aboveground storage tank solutions.

If you need to store large volumes of liquids, compressed gasses, or hazardous materials, you can opt for either an aboveground or underground storage tank. Both aboveground and underground storage tanks are considered bulk storage containers. The Environmental Protection Agency (EPA) defines bulk storage containers as any container used to store oil that has a capacity of at least 55 gallons.

Apart from placement, there are other ways that aboveground and underground storage tanks differ. Here are four examples:

In contrast, assembling and installing an aboveground tank does not require as much in terms of construction work or equipment. The regulations surrounding aboveground tanks are also much less stringent.

Both aboveground and underground tanks require regular maintenance to keep them in good condition and extend their life. However, maintenance is trickier with underground storage tanks because they’re not easy to access as aboveground tanks. Repairs are also more difficult to address, especially when they require digging up the tank.

Underground storage tank leaks are difficult to detect manually, and it’s possible to leak without having a clue about it. Undetected leaks are potentially dangerous to both humans and the environment. Leaks are easier to pinpoint with aboveground tanks, allowing you to take quick action before the problem worsens.

Aboveground storage tanks require a large amount of space, and some people consider them unsightly. For this reason, they’re often placed on flat, empty spaces such as open fields. This has the added benefit of reducing the possibility of hazardous materials entering surface water in case of a leak.

An underground storage tank is hidden from sight underneath the earth. The area directly above can be utilized for other purposes.

Knowing the differences between aboveground and underground storage tanks will help you determine which type is best for your needs. For more information about liquid or gas bulk storage containers, contact KC Supply Co.