Confined space hazards are seen as a critical threat to many farmers and workers in the agricultural industry. While methods in modern farming have given rise to many conveniences and improved efficiency, especially during the harvest season, they also created the risk of confined spaces that could lead to accidents or critical situations.

Confined space is hazardous when gases are involved. In a closed-off location with no windows or adequate airflow, dangerous gases could gather and lead to a worker’s suffocation or even death. There are many different types of gases found on a farm that could pose a risk to farmers.

One gas-related confined space hazard is hydrogen sulfide, formed when manure (used for fertilizer) decomposes. Because of this, farmers need to ensure that areas that have the presence of this type of gas have adequately ventilated spaces to work in.

Another familiar danger to farmers in agriculture is dust. Dust, particularly during grain harvest, is an extraordinarily flammable or combustible substance. This dust accumulates as grain is harvested, gathered, and contained. Furthermore, the dust can be highly hazardous to the lungs, causing respiratory problems among workers.

Because of the risk, farmers need to ensure that grain storage spaces are clean and dry. Furthermore, to reduce the likelihood of respiratory damage from these confined space hazards, any workers in the area should be wearing oxygen masks and have tanks to facilitate their breathing.

It’s important to ventilate any confined space before entering the area. This eliminates the accumulation of gases or dust in the area. If possible, workers should first test the atmosphere of the confined space to check if it’s safe to work within it.

Finally, an essential precaution is communication between the workers inside the space and those outside it. This way, someone is always aware of what is going on in the space and if the worker inside needs immediate aid.

During the harvest season, dump pit safety comes to the forefront of concerns for people in the agriculture sector. As work will increase substantially, so does the risk around the different equipment and tools used for the harvest. Workers need to be especially vigilant around the dump pit, as accidents are more likely to happen.

This harvest season, enforce the dump pit safety rules to prevent accidents and minimize the hazards to workers and equipment alike. Harvest can proceed smoothly and safely.

Grain bin accidents are one of the deadliest incidents that could happen during grain handling and processing. According to studies, six out of ten workers who fall victim to grain bin accidents don’t survive.

It’s one thing to hear about grain bin accidents and how dangerous they are; it’s a specter that could hover over an agricultural workplace. But somehow, such accidents are so much more real when you learn of the experience from someone who’d survived it.

In a story that made news even to mainstream outlets, Arick Baker has recounted the harrowing experience of being buried alive in a grain bin. He had been warned by his father, even as a child, that “if you go down in the corn, you don’t come out.”

Baker was standing in the 60,000-bushel grain bin trying to break up chunks of rotten corn that were impeding the flow of the grain. He was using a PVC pipe to do it and, fortunately, wearing an oxygen mask. As Baker’s father left him on his own, the corn gave way beneath Baker, and he fell into an air pocket in the corn that was now rapidly filling, threatening to drown him. Only his fingers were sticking out in the grain.

He was unable to move from the weight of the corn, and he explains that it felt like he was being squeezed from the pressure all over his body, as though thousands of snakes were strangling him. Baker was stuck in the corn for a harrowing three to four hours before someone noticed he was missing in the grain bin, and Iowa Falls Volunteer Fire Department came in. At first, they couldn’t even find him until they heard him yelling beneath the grain, with the oxygen mask slowly running out of batteries. And then they started digging.

The grain shifted five times and avalanched back down before the fire department brought the grain bin rescue tube. It turned out to be a life-saving device as it was key to finally getting Baker free. The firefighters used it as a protection against the avalanching grain while getting Baker out of the corn.

It took a few more hours of digging before Baker finally was freed, his heart pushed to the limit, and corn being surgically removed from being embedded into his skin. It was a near-death experience that no one will ever forget.

And for people who work in agriculture, it’s a cautionary tale of the dangerous risks of handling grain.

Grain bin tubes and other life-saving devices are critical when working with any kind of grain in the grain bins. Visit KC Supply and learn more about them.

During harvest season, ways to protect workers start to gain traction among agricultural businesses. And few issues are as key to the season as grain bin safety. Grain handling is considered a significantly high hazard industry where six out of every ten workers who get trapped in a grain bin don’t make it out alive. It’s imperative for industries and businesses that handle grain products to be incredibly vigilant about worker safety.

Here are some critical reminders and tips for grain bin safety:

These are just some of the critical safety reminders issued to protect workers working in and around the grain bin. Everyone must do their due diligence and ensure the safety of all workers during this season.

Need more information on how to keep workers safe in grain bins? Visit KC Supply to learn more about regulations and reminders.

Fall harvest is rapidly approaching, and while it’s still the sunny summer months, it’s always good to be prepared. This season is the peak of the harvest time, and there will be a lot of work to do for both large and small farms. Safety during harvest season should be the utmost priority of any landowner or business owner, so get ready for the season with these important reminders. 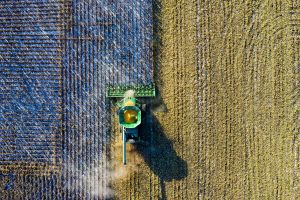 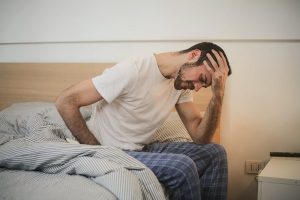 Heat-related illness and incidents are a prime concern in many industrial and agricultural industries, especially during the summer months. Over time, the summer season has become hotter and hotter. With that comes the substantial risk of heat-related incidents, especially for workers who do many tasks outdoors or labor indoors in enclosed, unventilated spaces.

Here are several critical ways by which you can prevent these incidents from happening at work.